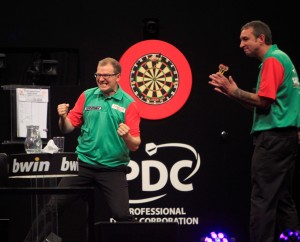 Mark Webster showed flashes of brilliance in the World Cup of Darts but Wales’ campaign ended with defeat to Australia in the quarter-finals.

Webster and Richie Burnett began their bid in Hamburg with a 5-4 win over France on Friday.

They followed that with another dramatic victory on Saturday, which saw Webster kick off the last leg decider in the pairs with a 180 before finishing 112 – with their Polish opponent’s waiting on 40 for the match.

However, Australia proved too strong for the Welsh pair with Simon Whitlock defeating Webster in the singles before Burnett forced a doubles decider by beating Paul Nicholson.

But the Aussies triumphed in the pairs to progress to the last four. 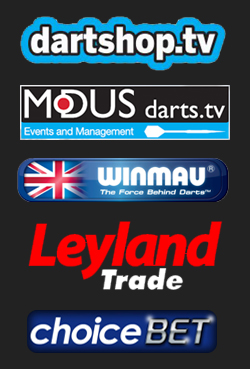 Buy tickets for all of the latest Mark Webster events here.